gym80 International GmbH organized another in-house event after the successful 'KRAFTcon. The program at gym80's corporate headquarters in Gelsenkirchen on October 14, 2022 included equipment innovations, the presentation of a new series of outdoor equipment and networking. gym80 International GmbH extended an invitation to its 'hallowed' halls at the Gelsenkirchen headquarters.

The traditional company from the Ruhr area has been known for four decades for the continuous new and further development as well as the quality of its strength equipment and constantly sets new innovation impulses. True to the motto "We never want to stop inspiring!" the #KingOfMachines have declared October 14 the official 'Strength Friday' and invited the industry to a get-together in Gelsenkirchen.

The event at gym80's headquarters was a complete success! In addition to partners, press and companies from the industry, well over 200 customers and interested parties, some from France, Latvia, Spain and the Netherlands, attended. The new outdoor series as well as other prototypes were enthusiastically tested and the again very creative do-it-yourself project was actively taken up. 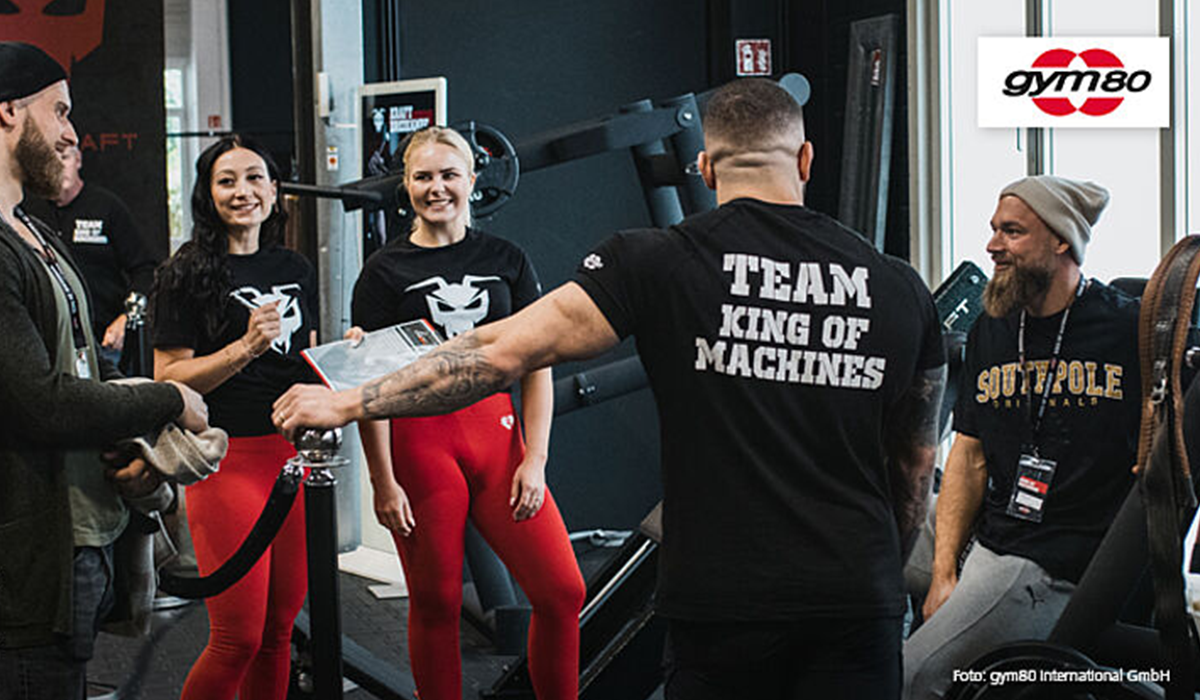 Networking and testing in the 'hallowed halls

A large number of the participants took part in the production tours in an impressed manner and were thus able to look behind the scenes.

Visitors competed against each other in the strength triple challenge to secure one of the coveted prizes. Another benefit for all visitors were the attractive conditions for projects that were fixed on this day.

The entire gym80 team would like to thank everyone who was part of 'Strength Friday'!

Thank you very much for your rating! Rate this magazine article :
Related articles
News from the fitness industry Artzt continues to build on pioneering position in neuro-centered training

With a new web presence and its own app, Artzt, as one of the European market leaders for neuro tools, wants to make the potential of brain-based training more accessible to professionals and end users.

News from the fitness industry Germans need to move more

The latest WHO report shows the devastating consequences of physical inactivity. More than 500 million people are expected to fall ill by 2030 because they do not move enough.

Well over 100 participants came to the DHZ showroom in Berlin on September 15 to attend the DHZ Partner Day.

On November 5, the Breathing Symposium powered by Idiag will take place in Hamburg as part of the LANS Symposium.